Scott R. Stevenson was appointed President/CEO in June 2008. He is responsible for the operations of all the entities, subsidiaries, partnerships, and programs of Phoebe Ministries. In conjunction with our Governing Board, Stevenson leads the development of the strategic vision for the organization.

Additionally, he serves as President of the organization’s Reciprocal Risk Retention Group. His 25 years of financial and operational experience have been across the continuum including Acute Care, Long-Term Care, and Community Based Services.

Prior to his appointment, Stevenson was Chief Financial Officer of Graduate Hospital, Philadelphia, Pennsylvania, and prior to that served as Vice President of Financial Operations for Diakon Lutheran Social Ministries.

Stevenson, who lives in Fleetwood with his wife, Mary, holds a Bachelor of Science in Accounting and a Master of Business Administration in Healthcare Systems Management. In addition, he passed the CPA exam in Pennsylvania in 1994.

Robert “Bob” Richards, CPA, was appointed Executive Vice President and Chief Operating Officer in January of 2022. He is responsible for the overall management of Health Care Services, Pharmacy Services Operations, Marketing, Human Resources, and Affordable Housing Operations. Richards also serves as a staff liaison to Phoebe’s Governing Board and board committees and is a member of the subscriber committee for the Phoebe Reciprocal Risk Retention Group.

Richards, who lives in Lebanon with his wife, Anne, graduated from Thomas Jefferson University (formerly known as Philadelphia University) with a Bachelor of Science in Accounting.

Thomas “Tom” Baer, CPA, was appointed Senior Vice President of Finance and CFO in January of 2022. In this role, he establishes and guides Phoebe’s financial policies and direction. Baer oversees the Billing and Revenue Cycle department and is responsible for directing the Finance, Contract Services, and Information Technology departments. Additionally, he serves as a staff liaison to Phoebe’s Governing Board, works closely with the Audit, Finance and Investment Committee, a sub-committee of the board, and is a member of the subscriber committee for the Phoebe Reciprocal Risk Retention Group.

Hired by Phoebe in 2007 as the Corporate Controller, Baer was promoted to Executive Director of Finance in 2014. Before coming to Phoebe, Baer worked for Campbell, Rappold, and Yurasits LLP.

Baer, who lives in Whitehall, with his wife, Kelly, and their son, graduated from Shippensburg University with a Bachelor of Science in accounting.

Michell Staska-Pier, RN, MBA, NHA, was appointed to the position of Vice President, Health Care Services for Phoebe Ministries in July of 2019.

She has served in a steady progression of both clinical and operational leadership roles at Phoebe since her employment began in 2004.

Staska-Pier, who lives in Barto with her husband, David, and her twin daughters, holds a Bachelor of Science in nursing from Kutztown University and a Master of Business Administration from St. Joseph’s University. She is licensed as a Registered Nurse and Nursing Home Administrator. 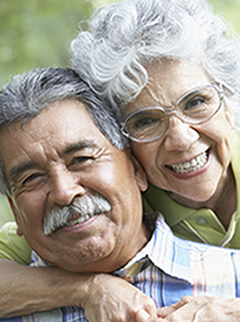