Wyncote, PA – Phoebe Ministries is pleased to announce the following changes in staffing: 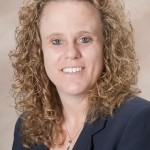 Susan Schlener, RN, BSN, NHA was appointed Executive Director of Phoebe Wyncote.  She is responsible for directing and coordinating the overall operations of the Phoebe Wyncote campus.

In 2011, Schlener was promoted to the Director of Nursing position at Phoebe Wyncote. Employed by Phoebe since 1993, Schlener was previously the unit manager in the short term rehab neighborhood and Interim Assistant Director of Nursing, both on the Phoebe Allentown campus. Schlener earned her Bachelor of Science in Nursing from Cedar Crest College. She is a resident of Quakertown. 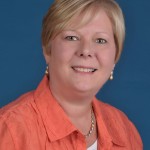 Susan Hala was appointed Director of Admissions for Phoebe Wyncote. Sue is responsible for managing the Admissions Department by organizing the activities of the department and marketing the Phoebe Wyncote campus and services to local referral sources.

Previously Hala was the Director of Admissions and Marketing for South Jersey Health Care Center at Care One in Camden, NJ. A resident of Philadelphia, Hala graduated from East Stroudsburg University with a Bachelor of Science degree in Health Education. 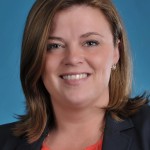 Katherine Clowney, RN was appointed Director of Nursing at Phoebe Wyncote.  In this position she is responsible for managing and organizing the nursing department and ensuring the department’s compliance with policies and regulatory requirements.

A member of Phoebe’s staff since 2010, Clowney was most recently a Unit Manager at Phoebe Richland in Richlandtown, PA. There she managed Richland’s 22 bed sub-acute/skilled rehabilitation unit and was an active part of the wound care team. Prior to this she served as a relief nursing supervisor at Phoebe Richland. Clowney earned her Associate’s Degree in nursing from Bucks County Community College and is a resident of Pottstown.