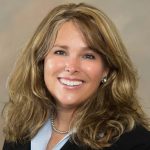 Prior to this appointment Staska-Pier functioned in the role of Executive Director of the Allentown Campus. She also served as the Director of Nursing Services for Allentown when she joined the organization in 2004. In this role she was responsible for clinical care and services.

Staska-Pier has extensive experience in health care operations. Prior to Phoebe she served as Operations Director for Frederick Living, a Continuing Care Retirement Community, and Administrator for the Montgomery County Personal Care Facility, which she opened in 2000.

A resident of Barto, Staska-Pier holds a Bachelor’s Degree in Nursing from Kutztown University and a Master’s Degree in Business Administration from St. Joseph’s University. She is licensed as a Registered Nurse and a Nursing Home Administrator. 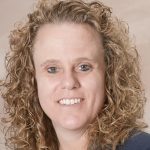 Susan Schlener, RN, BSN, NHA, was appointed Executive Director of the Phoebe Allentown Campus. She is responsible for directing and coordinating the overall operations of the campus and directly oversees the development and implementation of all programs and service offerings.

Employed by Phoebe since 1993, Schlener was previously the Director of Nursing for the Phoebe Allentown Health Care Center and Unit Manager on the short term rehabilitation neighborhood. A resident of Quakertown, she earned a Bachelor’s Degree in Nursing from Cedar Crest College. Schlener is licensed as a Registered Nurse and a Nursing Home Administrator. 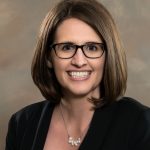 Lauren Everett, CSA, PCHA, NHA, was appointed Administrator of Phoebe Allentown. She is responsible for the overall operations of the Health Care Center, The Terrace at Phoebe Allentown and The David A. Miller Personal Care Community, as well as administration and management of the health, safety and well-being of residents, while overseeing the implementation of resident-centered care.

Since 2016, Everett served as Interim Administrator of the Phoebe Allentown Health Care Center and the David A. Miller Personal Care Community on the Allentown campus where she was responsible for overseeing the day to day operations of the communities.

Everett joined Phoebe in 2014 as Director of Admissions at Phoebe Richland Health Care Center and before that was Area Manager of Lehigh Valley Home Helpers.