What You Need to Know About Tech Support Scams - Phoebe

What You Need to Know About Tech Support Scams 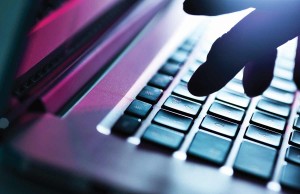 Over the last year or two, tech support scams have exploded. The fraudsters want to “remote in” (take control of a consumer’s computer), claiming there’s spyware or another dangerous problem, and offering
to fix it. But there normally nothing wrong, and consumers pay $500 or more to fix a nonexistent “problem.” Often, residents in
senior living facilities fall victim to the scams.

As a recently retired regional director of the Federal Trade Commission, I have worked directly on this and other scams, and I can tell you it is a huge problem. The Better Business Bureau also issued a warning in June.

For most of us, it isn’t a question of if we will be approached by this scam, but when.

Tech support scam complaints have been rising dramatically over the past couple of years. The Federal Trade Commission (FTC) received roughly 30,000 complaints about these in 2015.  FTC studies also indicate that, overall, less than 10 percent of consumers victimized by fraud complain to law enforcement or a Better Business Bureau, so the problem is assuredly much higher. This problem is compounded with tech support scams because many people do not even realize they have been defrauded.

I personally know at least six people (including my mom) who have lost money to this scam in the past year. Though the fraudsters will take money from anyone, from what I’ve seen victims are disproportionately older people.

How People Are Drawn Into This Fraud

There are three ways people are drawn into this fraud: sponsored links, cold calls and responding to pop-up alerts online.

How Much People Pay

From what I’ve seen, consumers generally wind up losing $500 to $600 to these con artists. Often the scammers will ask for larger sums for continuing support for another year or so if problems come up again. Most of the time, scammers ask people to pay by credit card. But I’ve also seen situations where they have been asked to pay by the fraudster’s best friends: Western Union or MoneyGram. If the caller asks for anything other than a credit card, you can be next to certain it is a fraud.

Who Is Behind the Tech Support Scams

I believe some of the scammers started doing legitimate tech support and then found that there is oodles of money in defrauding consumers. Many of these, especially the direct phone calls, come from India. After all, India has a well-educated group of people that often do outsourced work for U.S. companies. But there are also boiler rooms doing this in the U.S. in some of the common locales for fraud, such as Florida. But they are not going to tell you the truth about where they are located.

What to Do If You’re Scammed

If you have paid with a credit card, contact your credit card company, say you’ve been defrauded and ask for your money back. All credit card companies provide such “charge-backs” to consumers who have been ripped off. Since you authorized the original charge, however ( because you were lied to), it may take some effort to get the charge reversed.

But complaining is important. Credit card companies monitor charge back rates, and cut off businesses with high levels of charge backs.

If you pay by Western Union or MoneyGram, it is also important to complain directly to those companies. They know where the money was actually picked up — which may be different from where you were asked it to be sent — and they add that information to their complaint file. Then they download it into to the FTC’s database of consumer complaints, Consumer Sentinel, available to more than 3,000 law enforcement agencies.

Consumers can also try calling the legitimate company the scammer pretended he was from. In my experience, consumers who threaten to go to the BBB or the FTC often get refunds. This tactic may not work for scammers operating from India.

The Safety of Your Computer After Letting a Scammer In

One concern is that the scammers might not only not remove spyware or other problems — they could place spyware on a computer. Hidden programs called keystroke loggers can capture everything done on a computer and then email it back surreptitiously to a scammer. This software may be able to get passwords and login information for online bank accounts and the like. This seems to be fairly rare, at least at present. If it were my computer and I was scammed, I would probably take it into a computer repair store to have it checked out.

What Law Enforcement Is Doing

The FTC has brought six or more cases against these scams over the last several years. But the FTC has no criminal authority, so it seeks injunctions and tries to get refunds to victims. I’m aware of only one U.S. criminal action so far. On May 11, a guilty plea was announced in federal court in South Carolina against Linda B. Massey, 70, alleging that she collected the money from consumer victims on behalf of a co-conspirator in India.

What If You Really Have a Computer Problem

If you think you have a spyware problem, I would advise taking your computer to a store to get fixed. It’s a hassle, but better to be safe than sorry.

When you want to file a complaint, the Better Business Bureaus are always helpful. Also, complain to the Federal Trade Commission by calling 877-382-4357 or online at ftc.gov.

How to Prevent Your Parents from These Scams

This is an area where a little education can go a long way. Some senior living facilities have IT people on staff to handle the computer systems. It might be possible to alert these people and ask them to pass the word to residents to be careful or to ask them before allowing anyone to remote into their computers.

You might also want to show your parent the FTC’s alert on tech support and the FBI’s recent Internet Crime Complaint Center alert.