Mrs. T’s Pierogies recently held a recipe contest calling for something new and different using pierogies as the main ingredient. The contest was open to operators from Cura Hospitality, Phoebe’s  dining services provider where Eileen Goos is Director of Dining Services at Phoebe Richland.

Goos enlisted the help of Anna Siegfried, a resident, and together they came up with a savory-sweet and surprisingly trendy new dish: the Pierogi and Apple Bake, which won top honors in the recipe contest. A chef demo and interactive cooking activity for residents was part of the day when the prize winning recipe was revealed. Everyone got to try it, and reportedly loved it!

Creating the recipe was a lot of fun, says Goos, who makes it a point to engage with residents and make them feel part of the community.

“My goal was to create something different, as well as incorporate a new recipe into a dining-related activity more conducive to senior socialization,” Goos says.

Here is Eileen’s winning recipe so you can bake up a batch of your own Pierogi and Apple Bake. 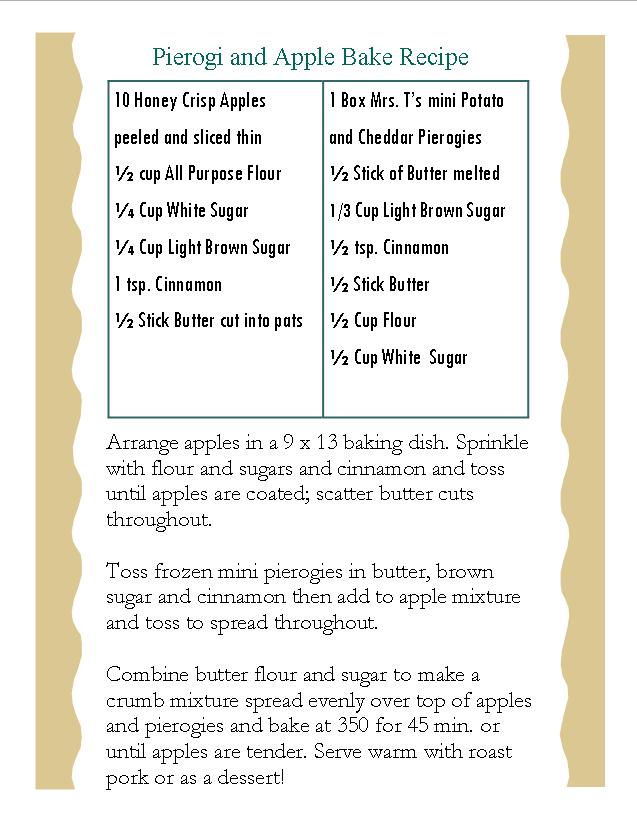