What You Missed at Phoebe May 2019

Residents of the Terrace at Phoebe Allentown were cordially invited by residents of Miller Personal Care at 19th & Chew to a tea party on April 2. Michele Butch, manager of Miller Personal Care, says it was a wonderful opportunity for residents of both buildings to mingle, see new faces, and greet familiar ones, as some Miller residents had previously been Terrace residents. A full formal afternoon tea was served in the Miller dining room overlooking the Allentown Fairgrounds and the west end theatre district.

Phoebe Berks Says “Farewell” For Now to a Beloved Space

Renovations have officially kicked off at Phoebe Berks with the closing of the independent living community’s formal dining room the Harrity Community Center.

Held on April 25, the community hosted “Farewell to Old”, a celebration of the dining room’s nearly 28 years as centerpiece and gathering place for the community. For the next few months, the dining room will be heavily remodeled on a grand scale, opening the space up for different and more flexible dining options, and an updated aesthetic. Meanwhile, residents will gather for dinner in the auditorium downstairs.

The renovation is just the first stage of a sweeping overhaul in the community center that will transform many of the existing public spaces and offices. Slated for the project are a new pub and café, a movie screening room, a remodeled auditorium, a new fitness center, and updated lounges and offices. Construction is expected to last over a year and will occur in stages. 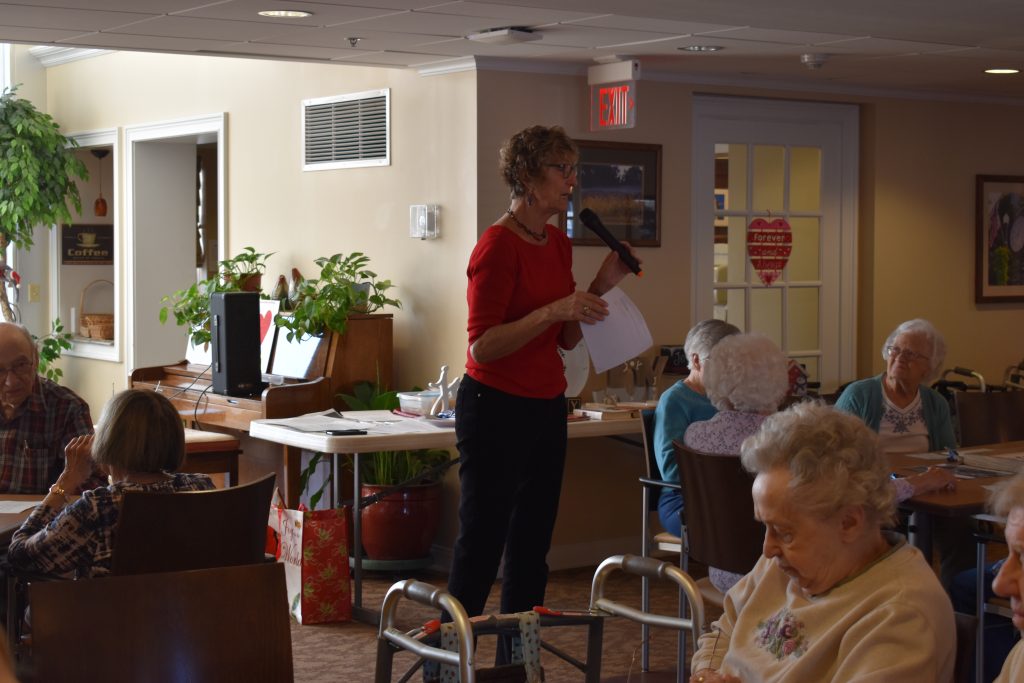 Phoebe is very proud to announce that volunteer Martha Reitz received the Unsung Hero Award from the Lehigh County Office of Aging and Adult Services!

Every Monday from 9:00 a.m. to 3:00 p.m. Martha is seated at the front desk of the Terrace at Phoebe Allentown. Martha’s face lights up eager to greet anyone who approaches. “She isn’t your average greeter”, says Terrace Manager Molly Driscoll. “She does it with flair!”

Martha started volunteering at the Terrace in 2011 as the front desk greeter shortly after her father, the Rev. Phares Reitz, passed away. He was a resident of the Terrace for several years and Martha visited frequently, getting to know the residents and their families.

Retired from the Allentown School District as a French teacher, Martha became interested in assisting with educational activities, crafts, and special events. But it is in her stylish and personalized ability to plan one-of-a-kind events that sets her apart.  “She helps with everything!” says Driscoll.

Now known as “Martha Mondays”, events range from elaborate, full sensory experiences to intimate baking and craft activities.  All are planned meticulously and have the utmost personal interaction with each resident attending.