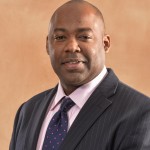 Wyncote, PA – Rohan Blackwood, NHA, has been appointed Executive Director of Phoebe Wyncote. In this position he is responsible for directing and coordinating the overall operations of the Phoebe Wyncote Campus.

Most recently, Blackwood was Administrator of Golden Living Healthcare in Lancaster. He earned a bachelor’s degree from the University of Connecticut and is a licensed Nursing Home Administrator.