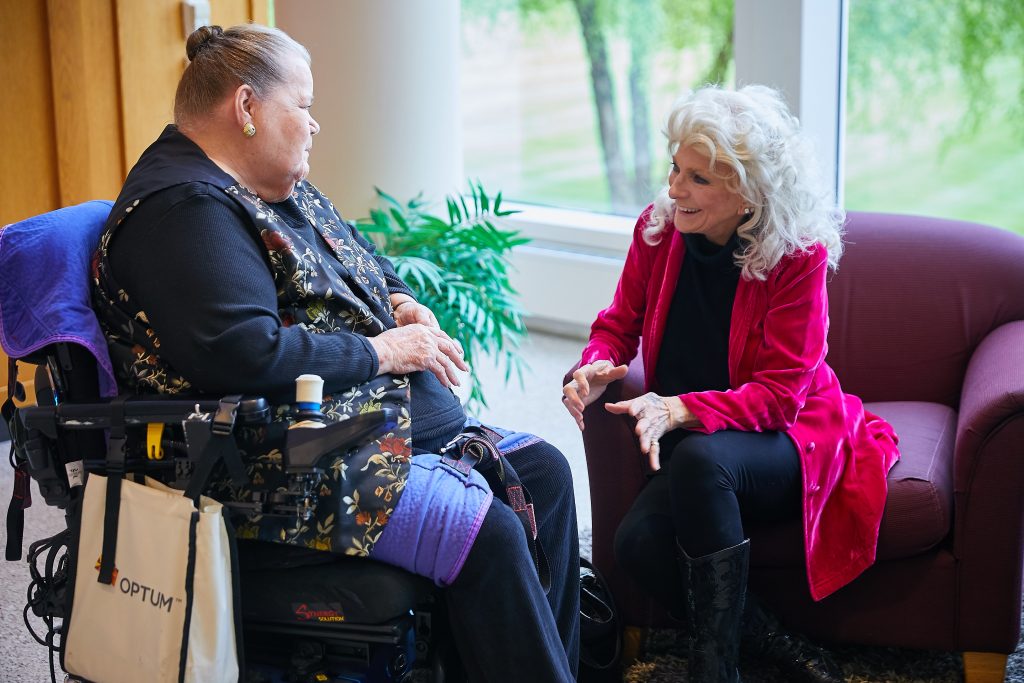 The spring conference of the Phoebe Institute on Aging (PIA) was a special day for a handful of Phoebe residents. Mary Baird, from Phoebe Richland, and Lou and Mary Barcay, from Phoebe Allentown, were invited to a private meet-and-greet with music legend Judy Collins. All three have been lifelong devotees and fans of Collins and her music, and were thrilled at the opportunity to meet her in person.

Collins was the keynote speaker at the PIA spring conference, “Understanding Mental Health and Older Adults,” held at DeSales University on Thursday, May 9th. She has written extensively on her own life and personal struggles with addiction, depression, and coping with her son’s suicide. Over 300 attendees enjoyed her charismatic keynote address including an opening a cappella rendition of her 1968 hit “Both Sides Now.” 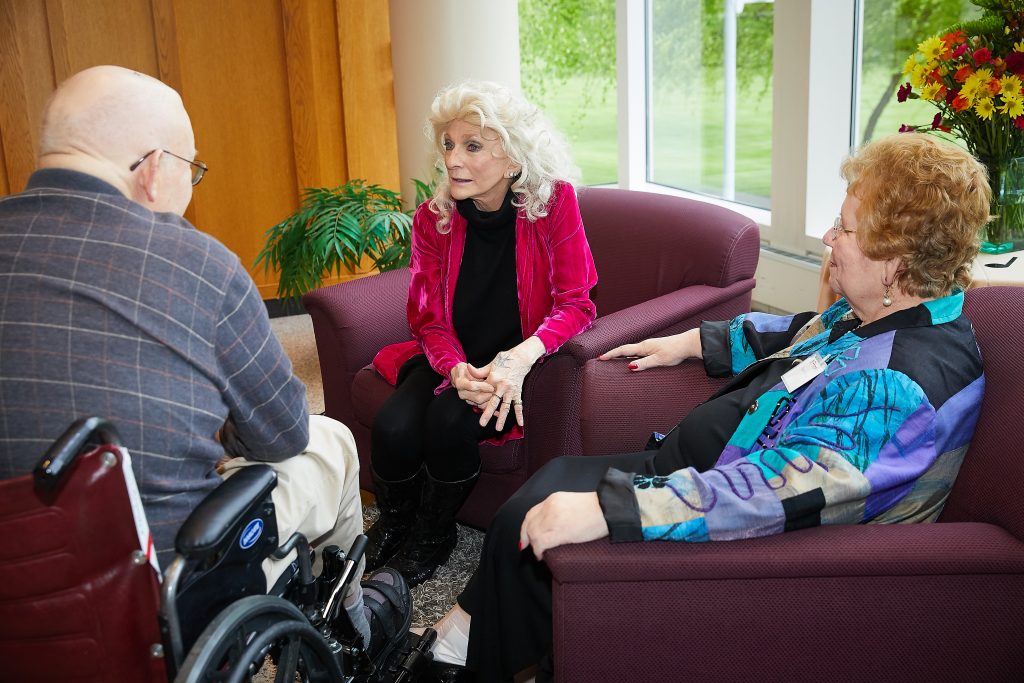 Collins took her time talking one-on-one with Mary Baird and the Barcays. She shared candid stories about her life and the many struggles she has had over the years. Baird’s eyes filled with tears as Collins asked about her living arrangements and how she had adjusted to life at Phoebe. Baird explained that it was the staff’s ability to listen to her needs and help her to feel welcome that made her adjustment easier. Collins responded joyfully affirming that she too had had that experience with relationships in her life and had written about the importance of communication when coping with struggles. “Meeting Judy Collins was a dream come true,” said Baird.

Barcay smiled from ear-to-ear as she held her husband’s hand while talking to Collins. “Mary [Barcay] and I happened to be listening to Judy Collins the week before we got the invitation,” said Joan Wickel, Community Life Lead at Phoebe Allentown. “She’s a huge fan!”

Barcay shared his experience as a high school teacher and Collins praised his service and the importance of education. She shared her experience of being on Sesame Street and singing an aria with Mr. Snuffleupagus, a story she also referred to during an interview with PBS 39 that morning. The image of Judy Collins meeting her resident mega-fans was a memorable experience for all that had the privilege to witness it.