Crocheting for a Cause | Phoebe Ministries Retirement Community

Crocheting for a Cause

For over 10 years, a group of women at Phoebe Berks has gathered two times a week for crocheting and knitting. Originally, the group made prayer shawls for residents at Phoebe, but as they continued to grow their inventory, they searched for other opportunities to donate. They now give shawls to the St. Joseph’s Hospital Oncology Department in Reading, providing warmth to patients as they receive chemotherapy. Each shawl is tagged with a message of hope and inspiration for the recipient.

During the pandemic, the group worked independently in their rooms instead of meeting in person to make items to donate. But that did not stop them from creating over 80 prayer shawls to deliver to St. Joseph’s this past May! Some residents at Phoebe Berks prefer to work independently, but still participate in the opportunity to donate their items. During the summer months, the focus has now shifted from shawls to scarves and hats, which they will deliver this fall to the Hope Rescue Mission in Reading.

Much of the yarn used in the prayer shawls, scarves, and hats are donated. If you would like to donate yarn to these talented women, please contact Robin Staudt at 610-927-8511 or email [email protected]. 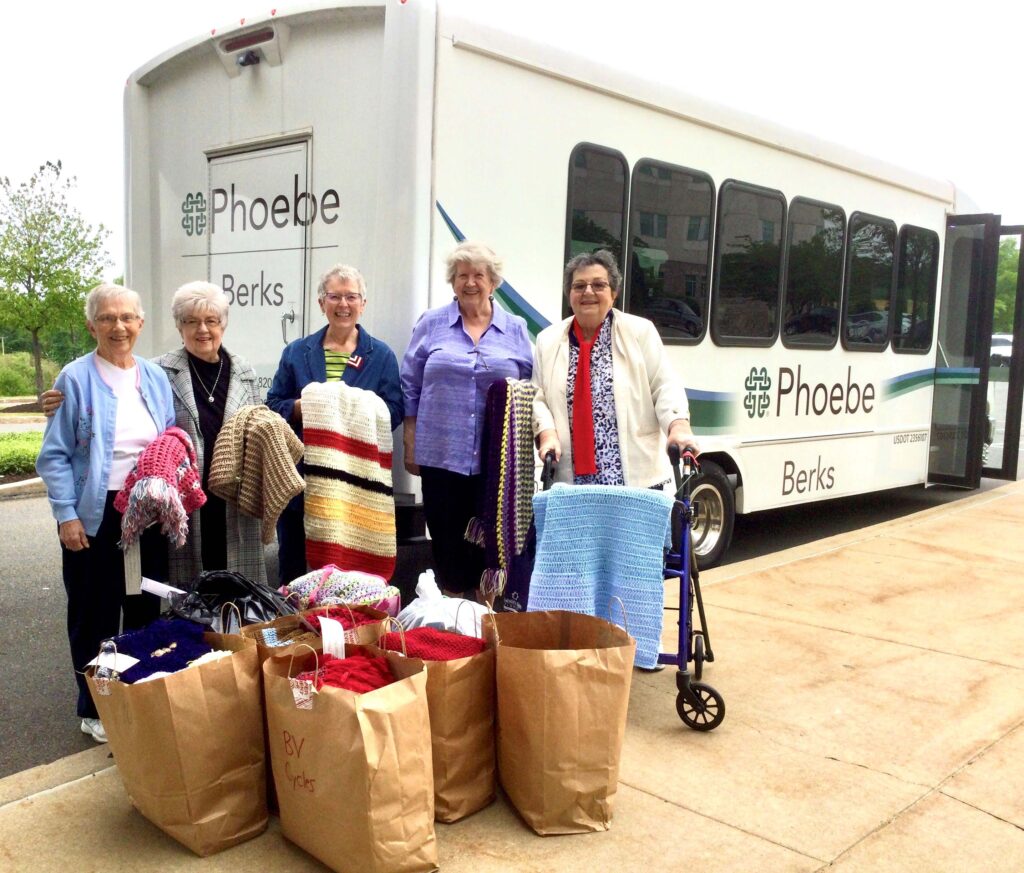