2022 Phoebe Golf Tournament is a Hole-in-One for Residents! - Phoebe

2022 Phoebe Golf Tournament is a Hole-in-One for Residents! 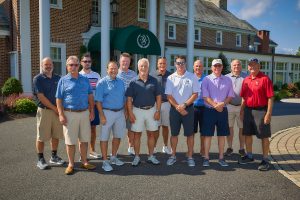 The annual Phoebe Golf Tournament is the most anticipated event of the year for many Phoebe supporters. All funds raised during the tournament go toward the charitable care program – a critical part of Phoebe’s mission. Through the generosity of our loyal friends and partners, Phoebe can provide residents and their families peace of mind in knowing they will always have a place to live if they run out of financial resources.

Phoebe’s Executive Director of Philanthropy, Stacey Prohaska, emphasizes the fact that “more than half of our residents in skilled nursing rely on Phoebe’s promise of charitable care. We are honored to be able to support these residents and are grateful to the many donors and sponsors who support them by competing in our annual tournament.”

Over the last 14 years, Phoebe’s Golf Tournament has generated nearly $1.5 million to support charitable care. This year, more than $133,000 (net) was raised due in large part to the 221 golfers who attended, tournament Title Sponsor Wohlsen Construction, and Gold Sponsors Morgan Stanley, Stevens & Lee, and Fitzpatrick, Lentz & Bubba. Many other sponsors participated in the event by donating funds and time. Over 50 volunteers attended the tournament in 2022, assisting on and off the course.

Information about tournament sponsors and winners can be found at phoebe.org/golf. Once again, we thank everyone for their support and hope all who attended enjoyed their day. We can’t wait to see everyone next year on Monday, August 14, 2023, at Saucon Valley Country Club.