Allentown, PA – Phoebe Ministries is pleased to announce the following changes in staffing: 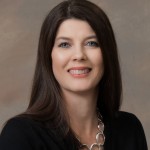 Jennifer Howanitz, B.S., MPT, was appointed Regional Director of NET Program Development as part of Phoebe’s Center for Excellence in Dementia Care. In this role she will be concentrating her efforts on instituting the NET program at other Phoebe facilities and exploring consulting opportunities. NET is a groundbreaking alternative to typical physical, occupational, and speech therapies for people living with dementia and incorporates key aspects of person-centered care, drawing upon the life story of the individual to tailor therapy to each individual’s interests, preferences, and abilities.

Previously, Howanitz was the Director of Rehabilitation Services at Phoebe Allentown. In addition to managing the rehabilitation department in the 395-bed nursing facility, which includes 60 short term rehab beds and two AFA-certified dementia units, Howanitz was the Coordinator of Phoebe’s nationally recognized NET program. In addition, she has presented the NET model at national professional conferences, including the American Physical Therapy Association and the Gerontological Society of America.

A resident of Orefield, she received her Bachelor’s and Master’s in Physical Therapy from the University of the Sciences in Philadelphia. She was a Director of Rehabilitation Services at several facilities in southern New Jersey prior to relocating to Pennsylvania in 1999 to be the Director of Rehabilitation Services at Seton Manor. She joined the Phoebe Allentown team in 2008. 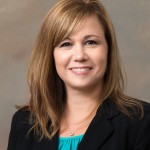 Previously, she was the Assistant Director as well as the Interim Director of Therapy at Phoebe Allentown. She also acted as the student clinical site coordinator for the organization. Reilly was part of the first Leadership Development Forum at Phoebe Ministries and helped to develop Spirit of Service, Phoebe’s customer service initiative.

A resident of Pottsville, Reilly earned a Bachelor of Science in Occupational Therapy from Pennsylvania State University in Mont Alto, Pennsylvania. 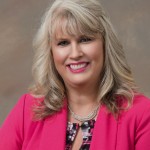 Lynne Ahner, RN, MSN, was appointed to the position of Director of Nursing at the Phoebe Allentown Health Care Center. In this position she is responsible for managing and organizing the clinical operations of the nursing department and ensuring the department’s compliance with policies and regulatory requirements.

Employed by Phoebe since 2013, Ahner was previously a staff development coordinator on the Phoebe Allentown campus and served for a time as the interim Director of Nursing.

A resident of Kunkeltown, Ahner is a registered nurse and earned her Bachelor of Science and Master of Science in Nursing from Kaplan University, Iowa.