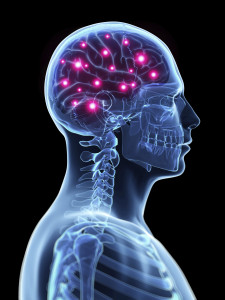 Allentown, PA –Phoebe Ministries’ groundbreaking Neurocognitive Engagement Therapy (NET) for residents with cognitive impairment was announced as the sole recipient of the Great Minds Award in the category of Excellence in Dementia Care by LeadingAge, a national association representing 6,000 nonprofit aging-services organizations throughout the United States.

Every year, the LeadingAge Great Minds committee bestows three awards, each designed to recognize extraordinary leadership in the quest to improve the lives of those touched by Alzheimer’s disease and other forms of dementia. The Excellence in Dementia Care Award recognizes a LeadingAge member organization for creating programs and services that are models of excellence and contribute significantly to the quality of life of individuals with dementia. The award will be presented to Phoebe at the Great Minds Gala in Washington, D.C. on March 14, 2016.

NET incorporates key aspects of person centered care, drawing upon the life story of the individual to tailor therapy to interests, preferences and abilities, and coordinating care delivery through a comprehensive interdisciplinary team process to ensure that therapy is individualized, creative, responsive and consistent. Through these mechanisms, therapy is more engaging and goals are more easily achieved.

As an example, a senior adult who becomes deconditioned after a bout with pneumonia would be engaged in functional tasks and activities that are familiar and enjoyable to help him regain strength. If he played football in his youth the therapist might introduce kicking a ball as a means of engaging him in leg exercises rather than asking him to do repetitive leg lifts. This activity, which is familiar and enjoyable, serves as a creative and functionally-based mechanism for strengthening his legs.

The primary achievement of the NET model has been the improvement in individuals with cognitive impairment who have been served. It was developed to address the gap in care experienced by individuals with cognitive impairment due to a range of neurocognitive disorders. The NET model also provides therapists with extensive training to enhance their knowledge, skills and comfort in working with this special population.

Currently serving residents at Phoebe Allentown, the model was first launched as a targeted pilot during the summer of 2013 and then studied in a controlled research project on the Phoebe Allentown campus in January of 2014. A Messenger story detailing NET and its initial positive outcomes along with a video that describes the NET model and its impact is available on Phoebe’s website.