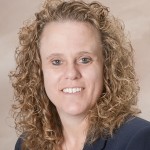 Susan Schlener was appointed Executive Director of Phoebe Allentown in July 2017. Schlener has over 20 years experience in long term care. Most recently she served in an interim capacity as the Executive Director on the Allentown campus. Schlener has been with Phoebe since 1993, and has worked in a variety of roles and departments over the 24 years on two campuses; which include Dining Services, Charge nurse, Unit manager at the Allentown campus, Director of Nursing, Phoebe Wyncote and Administrator positions at Phoebe Wyncote and Allentown. Schlener received her B.S. in Nursing from Cedar Crest College and is a licensed Registered Nurse and Nursing Home Administrator.