Bob and Judy Miller have been named the 2021 Recipients of The Rev. Dr. Grant Harrity Award for Exemplary Service to the Aging. The Millers will be recognized at Phoebe’s 2021 Generations Un-Gala, presented by the Phoebe Institute on Aging (PIA), on Thursday, September 23, 2021 at Folino Estate Vineyard and Winery in Kutztown, Pa.

Bob and Judy Miller have each been involved with Phoebe in many ways: as children participating in food drives, as adults when their parents were residents at Phoebe Allentown, when Bob served on the Board, and continually throughout their lives.

In June 2020, Bob stepped down as Chair of the Phoebe Ministries Governing Board at the end of his term. Originally elected to the Board in April 1988 to represent the Pennsylvania Southeast Conference of the UCC, Miller has served as a board member and as treasurer before being elected chair in 2017. He has devoted 33 years of service to Phoebe Ministries so far, and continues as a member of the Audit, Finance, and Investment Committee.

“I became involved at Phoebe because it was a good way to use my administrative talents to help others,” says Bob. “The more I knew about Phoebe Ministries, the more I noticed how much they care for their residents. Phoebe is a strong faith-based organization, and this is important to me.”

Miller and his wife, Judy, both had parents who were residents at Phoebe Allentown and say they are impressed with the level of care their parents received. “My mother had Alzheimer’s disease and was bed-ridden. She had also suffered a stroke, and was very well taken care of at Phoebe” says Bob. “Judy’s mother lived at Phoebe for more than six years and was very grateful for the services and activities that Phoebe provided. Staff members are competent and caring—they always keep the residents in mind.

Miller cites the creation of the Phoebe Reciprocal Risk Retention Group in 2004, the hiring of Scott Stevenson as CEO, the expansion of the pharmacy, and the purchase of Chestnut Ridge campus in Emmaus in 2018 as his proudest achievements while leading the Board. These decisions greatly improved Phoebe’s financial health. Renovations to Phoebe Berks and to Allentown’s Miller Building and Trexler Wing were also completed while Miller was chairperson.

The Millers are generous annual donors to Phoebe and established the Robert & Judith Miller Family Fund endowment in support of charity care. They are members of Phoebe’s Legacy Society and, in 2018, they became members of Phoebe’s continuing care at home program, Pathstones.

Says Bob, “I am excited about the future of Phoebe because of the outstanding staff who are forward-looking and really care about the organization and the people they serve.”

For more information about this event please visit phoebe.org/un-gala. 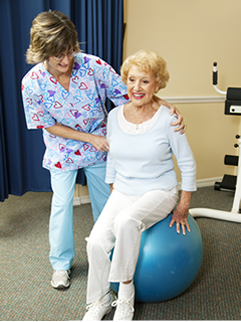